Autoimmune disease, 1 painless way that cryotherapy could be life changing

Autoimmune disease – why you may consider cryotherapy

If you have an autoimmune disease why would you consider cryotherapy is a great question?  Your body’s immune system does an incredible job at protecting you from illness, disease and infection. However, sometimes an unknown trigger can cause your immune system to create an autoimmune response. This is where, instead of producing antibodies to fight off infection or illness, the immune system produces antibodies that attack your healthy cells. It basically becomes a little confusing. This can occur in almost any part of the human body (NIH., 2016).

What causes an autoimmune disease?

It is not well understood why autoimmune disease occurs. For some people, there is a genetic influence. Other elements that may contribute to the development can include lifestyle factors such as high levels of stress, a low nutrient-dense diet, poor sleep habits, and lack of physical activity. All of which leads to increased inflammation in the body. However, some people will still experience an autoimmune disease even if they are living a healthy lifestyle and should not feel as though they are to blame, sometimes it is unexplainable. Once diagnosed it is essential a treatment plan is implemented to help the individual manage or improve their condition.

What are some of the commonly known autoimmune diseases?

There are over 80 types of autoimmune diseases that we know of so far, and many of them produce similar symptoms. All of them share a common theme, that they are centred around chronic inflammation (NIH., 2016). Some of the more commonly known conditions include: 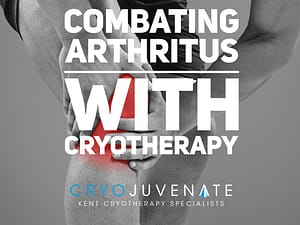 There are two approaches to autoimmune diseases which involve conventional treatment and holistic treatments. Conventional treatment involves using medications that can help control or relieve the symptoms of the disease. However, taken for a long period of time, these can have adverse side effects (have you considered cryotherapy for pain relief??? – See below!!!).

Cryotherapy is a safe and natural treatment, which has the potential to reduce inflammation, therefore has been proposed to be a useful and effective treatment for those with autoimmune conditions. Cryotherapy stimulates the immune system to respond in a balanced way, which creates an environment to promote healing and enhanced health.

So how does this work?

The skin responds to the cold temperature and sends a message to the brain which then triggers a cascade of neurological, endocrine and immune regulatory functions around the body. This encourages an increase in white blood cell counts, which leads to an anti-inflammatory response and improved immune function.

The endocrine system releases endorphins and noradrenaline, this gives an individual a release of ‘feel good’ hormones into the bloodstream, which again will lead to reductions in stress and cortisol levels. These physiological changes from a whole-body cryotherapy session have been shown to help in reducing pain, chronic inflammation, fatigue, brain fog and over time could assist with enhancing the immune function, helping bring it into balance (Bettoni et al., 2013).

Due to the recognition that whole-body cryotherapy is proving to be effective for autoimmune conditions, recently clinical trials are being conducted to explore this area in more depth. In 2018 and a randomised clinical trial was conducted to explore the effects of cryotherapy in those with fibromyalgia, an autoimmune disease resulting in significant muscle and joint pain.

This study concluded that after 1 month of cryotherapy the patients reported significant reductions in pain and improved quality of life both physically and mentally (Vitenet et al., 2018). These findings corroborate with those of Bettoni et al (2013) who also found that fibromyalgia patients who received regular cryotherapy treatments reported a more pronounced improvement in the quality of life compared to groups that did not receive the treatment. The improvement is proposed to be a consequence of the direct effect of cryotherapy reducing pro-inflammatory markers and having a recognised role in the modulation of pain.

Similar results have been found for cryotherapy in the treatment of rheumatoid arthritis. A systematic review by Guillot et al (2014) concluded that patients with rheumatoid arthritis reported increased mobility reduced pain and fewer symptoms after treatment with whole body cryotherapy. There have also been some preliminary findings for using cryotherapy for individuals suffering from multiple sclerosis, and the findings were promising with patients reporting improved functional capacity and reduced fatigue (Miller et al., 2016).

This is an exciting and developing area of research, but it can be concluded that whole-body cryotherapy has been shown to improve symptoms for those suffering from fibromyalgia, rheumatoid arthritis and lupus in clinical trials. It is a safe, holistic treatment that comes with minimal side effects, and could lead to a significant improvement in the quality of life for individuals with an autoimmune disease.

What are the 5 most commonly asked questions about sports massage

How I kept the GBMaxibasketball team on top

Stretch and strengthen your way to better mobility

How to recover from marathon training in your 40s