Do you know the difference between electric and nitrogen cryotherapy? 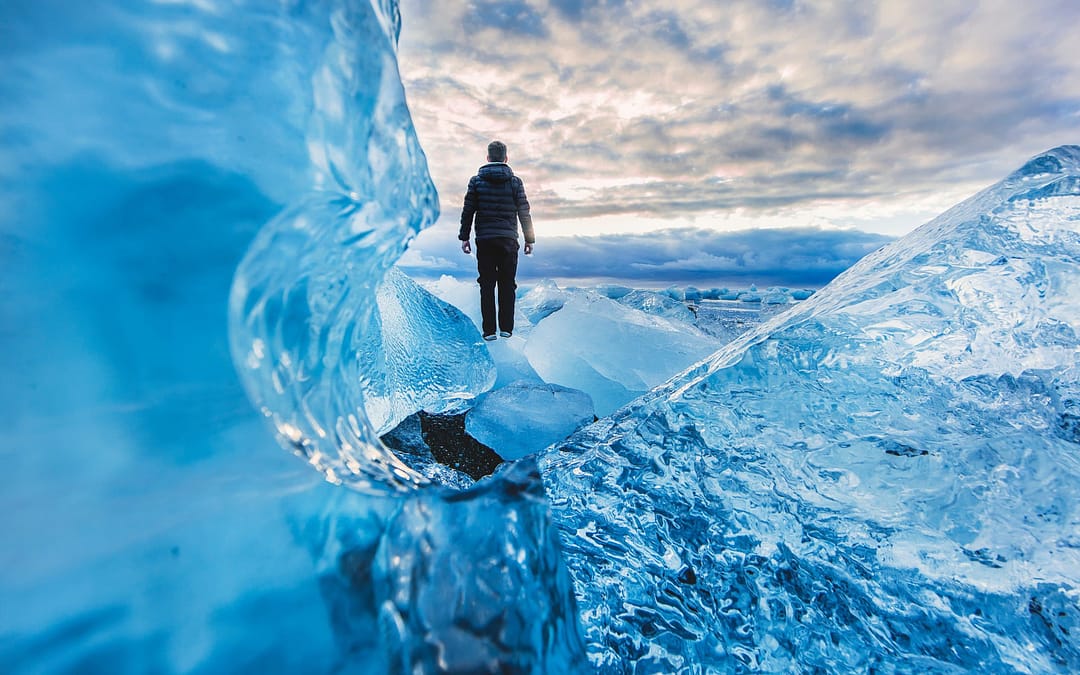 Cryotherapy, sometimes known as cold therapy, is becoming a popular treatment due to health benefits it can provide.

The Polish and The French were the earliest adopters. If we take an in depth look at scientific papers over the last 10 years, we see there has been a growing acceptance that Cryotherapy does ‘something.  This was initially ‘Practice based Evidence’ but now, it has gradually become ‘Evidenced based Practice’. In Poland it us widely used in sports, and in there version of National Health Service.

Here at Cryojuvenate we offer electrically powered cryotherapy instead of nitrogen therapy. Unlike cold chambers from other manufacturers, our CRYO chamber uses refrigeration compressors instead of liquid nitrogen which makes safe cryo wellness possible in the private sector.

Not many people are aware of the profound differences between the two, and the benefits of electrical over nitrogen-based treatment. Not only has electric cryotherapy proven to be more effective, it is also safer than machines which use liquid nitrogen. While liquid nitrogen cryotherapy fills chambers with hazardous gas in the treatment area, electric walk in cryo chambers and rooms are filled with oxygen enriched air. Additionally, nitrogen increases risk for forced air burns on the skin and uneven cooling on the body causing extreme discomfort (Macaulay., 2012). This is not experienced when using electronic chambers.

Thermal image of the use of both types of cryotherapy chamber 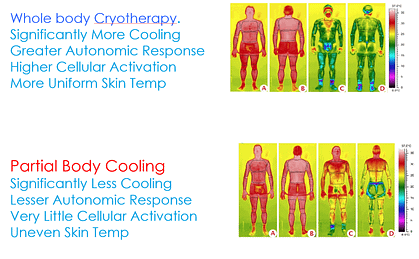 Facts you may not know (Whole Body – Electric)

Facts you may not know (Partial Body – Nitrogen)

**The vagus nerve is the longest nerve in the autonomic nervous system and its stimulation is extremely important for overall health and well-being.

**In an electric cryotherapy chamber the exposure to the head and neck (where the vagus nerve begins) causes a 30% increase in autonomic nervous system responses, stimulating the vagus nerve immediately. This vagal response reduces stress and anxiety by reducing the heart rate and blood pressure (Rymaszewska et al., 2008).

The table below compares some of the differences between nitrogen and electric cryotherapy.

As you can see from the table above, electric cryotherapy provides a safer and more effective treatment than nitrogen-based chambers. At present there is still warnings for people who choose to use nitrogen machines from The Federal Drug Administration due to the potential risks involved, whilst electric cryo chambers have zero warnings in place.

So, it seems clear that the benefits of electric cryotherapy are far superior to those of nitrogen-based treatments, and there are minimal risks involved with the electric treatments.

Have you tried both types of Cryotherapy Chamber?  We would love to hear about your experiences and views and will welcome your feedback! please so please add your comments below.

….and if you have not done so already, pop down and treat yourself to a chamber and see what you think, we are sure you will want to come back for more.

You Snooze You Lose! Challenge your Comfort Zones – Extreme Temperatures from-90℃ to +90℃

How cryotherapy eases symptoms of eczema and topical steroid withdrawal

What the difference Fat Freezing Vs EMsculpt