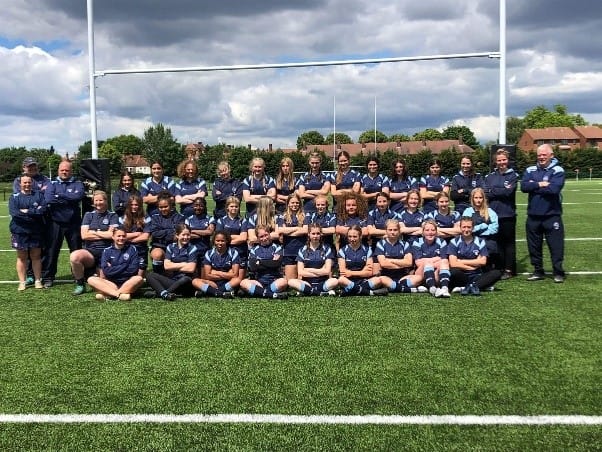 The popularity of women and girls rugby

Global demand for women and girls’ rugby is on the increase more and more girls and women are interested in being involved in the sport, whether that be playing, coaching, or volunteering.  Over the last three decades, the quality has been improving every year along with perpetual fan base growth which is enabling the sport to grow as well as more exposure and investment.

More recently we have the Girls Rugby Club (a club built by girls for girls, founded by Rachael Burford) who are holding a Girls Rugby Festival – this is just one of many many great things happening in the female world of rugby in and around Kent.  Here’s a list of approved camps happening this summer

Just to give you an example of how far women and girls in rugby have come, look at the fixtures already lined up for this year. There are plenty more if you include all the qualifiers as well, but the below is a huge testament to not only the growth of the sport but finally the acceptance of women in rugby:

2022 Rugby World Cup Sevens tournament, taking place in the Cape Town Stadium, South Africa between 9 and 11 September 2022 is to comprise a total of 24 men’s and 16 women’s teams.

Cryojuvenate’s very own woman in rugby

At Cryojuvenate we have the pleasure to have our very own ‘woman in rugby’ – “Jessie” as part of our highly qualified team of sports and cryotherapy therapists.  She is both a rugby player with Tunbridge Wells RFC and a sports therapist with Kent County Rugby’s U15 Girls team.  Take a moment to hear about her drive, passion, and how she organically grew her involvement in women and girls rugby.

How do I get started in women and girls rugby? 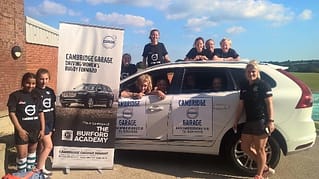 Growing up, I was always interested in rugby. One of the most memorable sessions I had was when The Burford Academy (now known as the GRC – Girls Rugby Club) came to my home club in Tunbridge Wells. This academy was run by England International and Harlequins ‘Centre’ Rachael Burford.

Rachael’s girl’s camps gave a real insight into what it would be like to have a successful rugby career, which inspired every single girl that attended her academy. Later in the season, Rachael spoke at one of our award dinners, which enhanced that inspiration for every girl in the room!

Is rugby a good sport for girls?

My dad and I would always watch games together, whether that be on TV or down at our local club in Tunbridge Wells RFC.  The girl’s section at the club had already been established a couple of years prior to when I joined at the age of 15. It took minutes for me to fall in love with the sport!  Straight away I knew that I wanted to work in sports and help people achieve long and successful sporting careers, which is what directed me towards studying for a BSc (Hons) in Sport and Exercise Therapy degree at the Solent, Southhampton

Unfortunately, I didn’t have the opportunity to play rugby at university, however, throughout my degree, I stayed involved with the sport by volunteering pitch side for Eastleigh Rugby Football Club. Once I had finished my degree, I went straight back to my home club in Tunbridge Wells to join their newly formed Ladies over 18 section.

As a developing team, a lot of the women had very little experience playing rugby, but the way we worked as a team saw us through some very tough games against more experienced teams.  Towards the end of last season, I became involved with Kent County Rugby’s U15 Girls team as their Sports Therapist.  Rugby has been a big part of my life since a very young age and I would encourage every woman and girl to get involved in some way.

Is becoming a sports rehabilitation and exercise therapist a good career?

From a young age, I have always been a very sporty person. I started with cricket when I was 10, started netball when I was 12, and rugby when I was 15. Sport and PE were always my favourite subjects to study at school. While completing my A-levels, I started to develop a big interest in the human body and its anatomy and physiology, which ultimately pushed me toward studying BSc (Hons) in Sports and Exercise Therapy.

The content of the course I chose to study in Southampton was so extensive. It covered all areas of anatomy and physiology, while also covering emergency first aid, clinical experience, peripheral and spinal mobilisation, rehabilitation, and many, many more. The knowledge I gained from finishing my degree was second to none.

Why is respect important in rugby?

Rugby is a sport very much based on respect. From a young age, you are taught how to respect your coaches, medical team, and officials, which in turn shows you how you can be respected by them, which I believe is one of the most valuable lessons to learn at a young age.

There is a huge sense of community at my local club. It doesn’t matter if you are a paid player for the men’s 1XV, a first-timer for the ladies, or a youth player, everyone is treated equally and fairly. I have also had a lot of opportunities come my way through being involved in the sport. Whether you are a player, coach, official, or physio, there is so much opportunity to develop your career in professional rugby.

Rugby isn’t an easy sport to take part in, no matter what division or team you play with. There is no sugar-coating rugby! You play in all weather conditions, from unbearable heat to snow. You must commit to hours of training, learning how to tackle and be tackled. However, the rewards you gain from playing the sport outweigh all these aspects.

The only aspect that makes girls’ and women’s rugby harder than men’s is that boys usually go through school playing rugby, so they have a baseline knowledge of the game. Whereas girls historically were given the opportunity to play rugby at school.  I’d like to think this is now a thing of the past.

How do you start a career in women and girls rugby?

There are many ways to develop a career in women and girls rugby, whether that be through coaching, playing, officiating, or being part of the medical team. At the end of the 2021/22 rugby season, I was given the opportunity to work for Kent County Rugby as their U15 girl’s sports therapist.

On a warm May afternoon, we traveled to Medway when the U15 Kent Girls were playing a festival of short games against a few other Counties. For this festival, I treated any injuries that the girls obtained and managed them accordingly.

Since working at the Kent County Mini Festival, I have looked after the girls and rehabilitated their injuries through other matches and training sessions, making sure they are fit to play. While game days consist mainly of pitch-side first aid, the treatment of acute injuries, and lots of head injury assessments, training sessions are more directed towards assessing existing injuries, working on safe body positions, and ensuring the girls are healthy and ready to play.

Women and girls rugby for beginners in Sevenoaks

For the last few seasons, Sevenoaks Rugby Club has put out full girls’ teams for the U13, U15, and U18 age groups! The club is now establishing a women’s team in the coming season (2022/23).  Anyone out there interested, click here for more information.

They are recruiting players as well as volunteers to help coach and manage the team. You don’t have to have any experience to get involved! To find out more you can head to sevenoaksrugby.com/ladies-rugby. Other clubs that have girls’ and women’s rugby in the local area include Tonbridge Juddians RFC, Tunbridge Wells RFC, Beccehamian RFC, Westcombe Park Rugby, and many more.

Being a part of women and girls rugby is everything

As rugby was such a big part of my life while I was growing up, it means everything to me to be able to help and support the players through their early careers. Helping young girls find passion in a sport that is so close to my heart while also working towards keeping them fit and healthy, allowing them to develop a long and successful career, is a huge reward to my work. I also take immense pride in supporting young girls in a male-dominated sport.

When I started playing rugby, the girls rarely had access to the same aspects the boys did (physiotherapy, gyms, sports massage, etc.), so to have the opportunity to offer the players a service that I didn’t have access to is something I am very grateful for.

My biggest aspiration has always been to use my knowledge and skills to help sports people build a successful sporting career, which I now get the opportunity to do through rugby and through my role at Cryojuvenate. Being involved in both sports-based and clinic-based work allows me to adjust my treatment, advice, and delivery techniques to fit an extremely wide range of patients, players, and professional sports people. So, for this reason, I am already achieving and experiencing my goals!  Who knows what comes next.

Many thanks to Jessie Anderson for sharing her journey with Cryojuvenate.

Frozen below -85°C in a whole body cryotherapy chamber